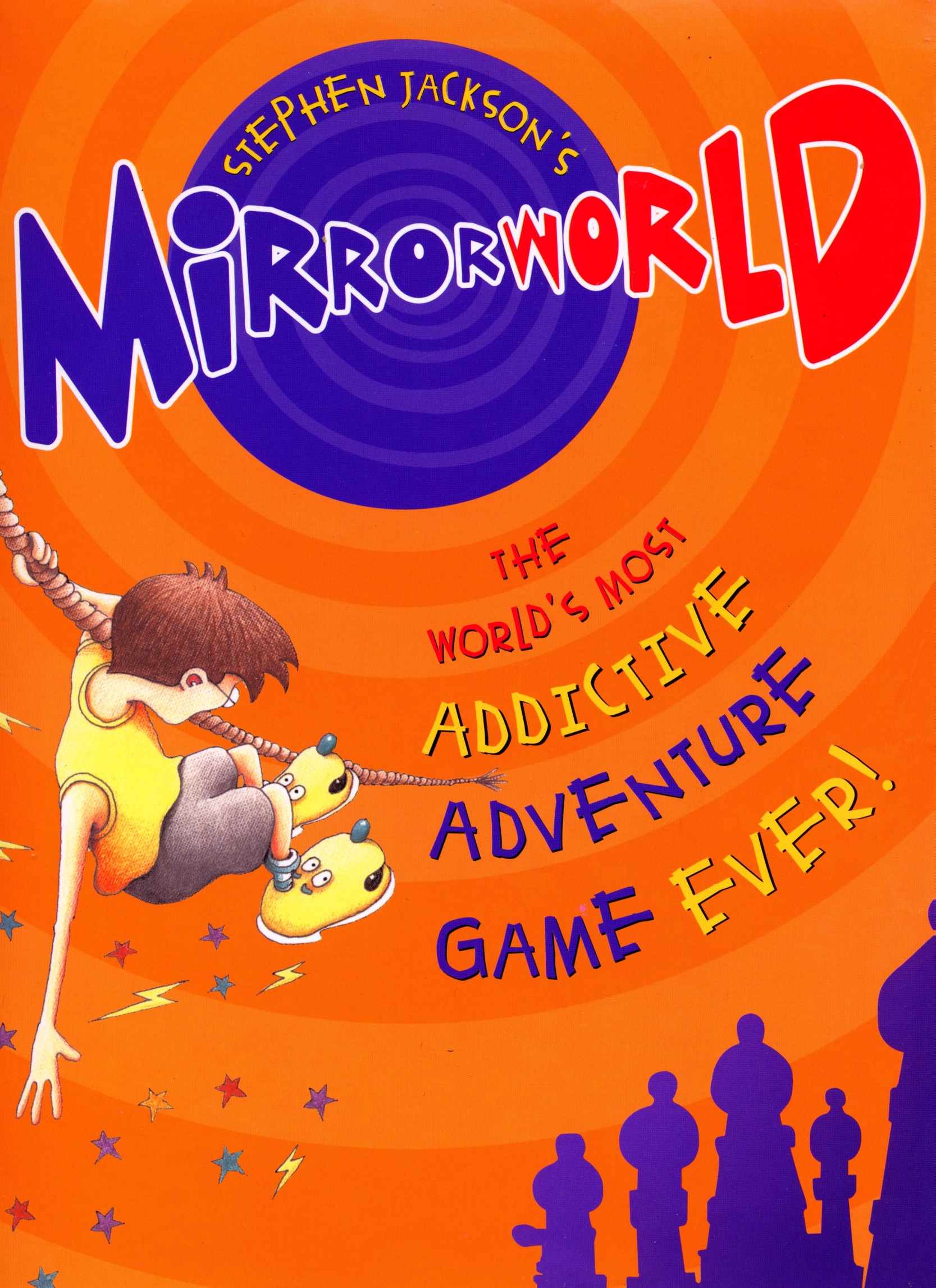 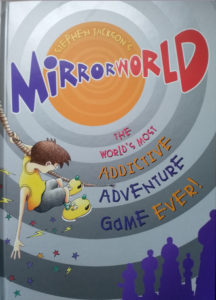 Mirrorworld is a book.

Cut a mirror from the back

and use it to catch the Muddlemob... 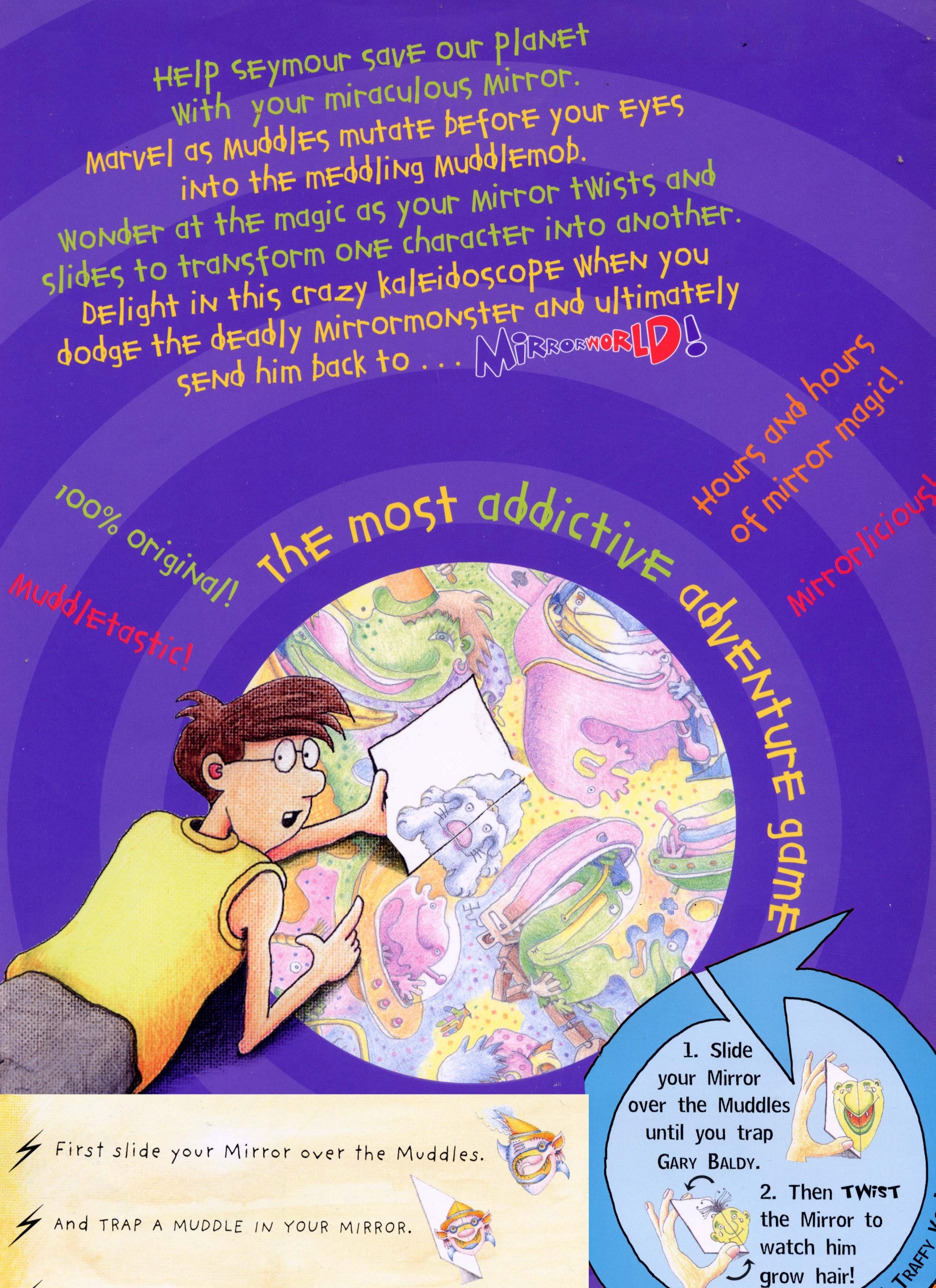 “A fantastic idea and brilliantly produced

If you would like your copy signed for
someone special (eg. "To James"), please
enter their name in the box below before
pressing the Add to Cart button. Thanks...

If you would like to receive occasional news
and puzzles from Mirrorworld, please
write your email address here... (coming soon)

As a writer, Stephen Jackson is the winner of the
Verity Bargate Award and a West End Wilma for Best Comedy.

He was also nominated as Best Composer in The Stage
Debut Awards.

As well as creating Mirrorworld, he has worked as a greetings
card and newspaper cartoonist.